Scaling Your NEMT Business in the New Decade

2020 is more than a new year; 2020 marks the beginning of a new decade. The enormity of this new decade has all of us here at RoutingBox thinking about long term goals rather than just a “New Year’s Resolution.” We are asking more honest questions about what our goals are and figuring out where we truly want to be at the end of this decade. It turns out, as a company, we want to grow our software to be a much wider-reaching and more effective solution for NEMT businesses. If you’re anything like us, you want also to spend the next ten years growing and improving upon your business. But how do we get from where we are now to where we want to be in ten years? 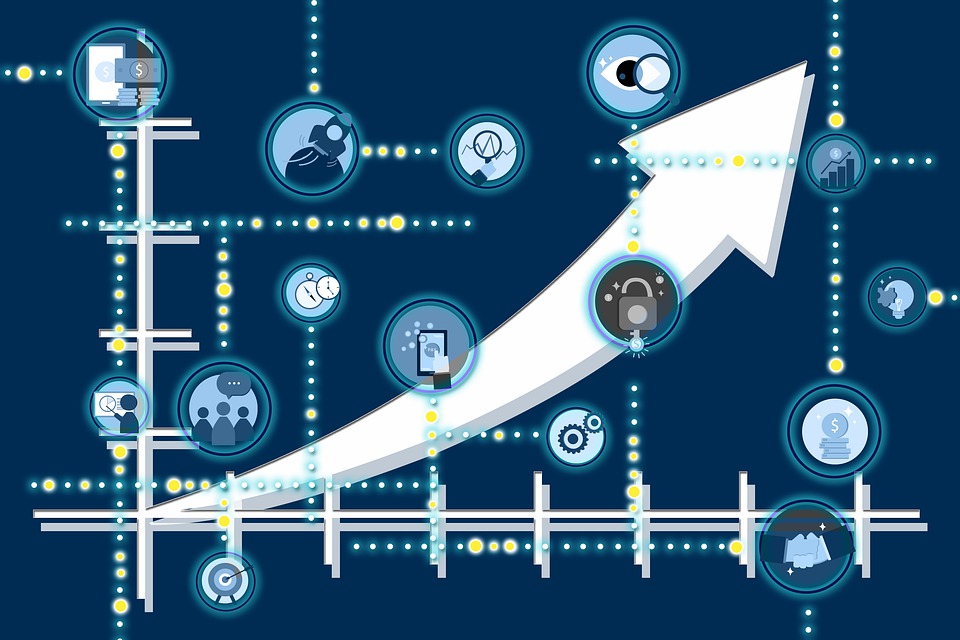 There is no short answer here. We must solve the scalability problem. Are our businesses scalable? How do we find out? If they’re not, can we make them scalable? This is truly a daunting problem.

At the end of the day, all businesses are scalable if you are willing to put in the work and make the necessary changes for your business to be compatible with growth. Perhaps the most important thing to keep in mind as you begin scaling your business is– that this takes time. You cannot expect to see the results you want overnight – scaling is truly a long-term goal.

Before you can begin making changes, you will need to take a deep dive into your company as it stands today. Look at every tiny little detail of your business – current trips, current staff, current expenses. Where you stand today, could you handle it if your trips doubled or even tripled tomorrow? Would you miss trips? Would drivers be left without a clue of whom they’re picking up or where they are supposed to be? Could billing staff keep up? If the answer is no, it’s time to make a growth plan.

Start by planning for the numbers you want to see. For example, if you want to go from 100 rides a month to 500 what do your expenses begin to look like? How many more drivers and vehicles will you need? Do you need to do more than just livery trips? Try to account for every expense in as much detail as possible. This exercise will show you what additional assets you’ll need to achieve the growth goal you’ve set for yourself. It will also show you exactly what that’s going to cost you. Start figuring out how to generate that additional cash flow – whether you take a small business loan, apply for a couple of grants, or just pull yourself up by your bootstraps and grind until the money is there.

After additional cash flow has been generated, you can start working toward your goal of additional trips. To do this, you’ll need to acquire new contracts with brokers and/or additional trips from your current brokers. Start reaching out to your current brokers and brokers you would like to work with and sell to yourself! Remember that you do not need to, nor should you, jump from where you are right now to your long-term “number of trips” goal. Make the increase slowly overtime to ensure your infrastructure can handle the additional workload.

When you start to see an increase in overall trip-volume and revenue, you have reached the perfect time to begin investing in new technology to streamline your operations. Here to discuss how technology is integral to scaling is RoutingBox’s in-house Scaling Expert, Gabriel Lullo.

Gabriel has experience in owning his own firm, as well as working in firms that specialize in scaling. He has been instrumental in expanding companies by focusing on the culture, environment, customer success, and sales through implementing new technologies.  His specialty is growing a handful of employees to a large organization.

When we spoke to Gabriel, he had this to say about scaling your NEMT business, “In order to scale your business, you need to have the right partners in technology. Spending the time and energy on technology will be an essential ingredient in your effort to scale your business. The right technology will provide you with more effective cost savings and maximize your output. Systems, networks, and automation are all areas that will help minimize your manual workload and, as a result, lower your labor expenses. The beginning of the year is typically the best time to evaluate your need for new software, new systems, and new hardware. Putting in the time upfront to find the right tools, as well as putting in place the right people to support those tools, will pay off significant dividends in the long-term. This will help you scale into your 4th quarter goals and beyond. Done correctly, you will be able to ride that growth for many years.”

Continue to revisit your growth plan on a regular basis – monthly, quarterly, etc. Check your progress toward your goal, adjust any numbers that may be different than you had initially forecasted them to be, and add in any additional needs you have encountered since putting your plan into action. As we mentioned earlier, remember that scaling your business is a long-term goal. Celebrate the small wins and be willing to adjust as needed. 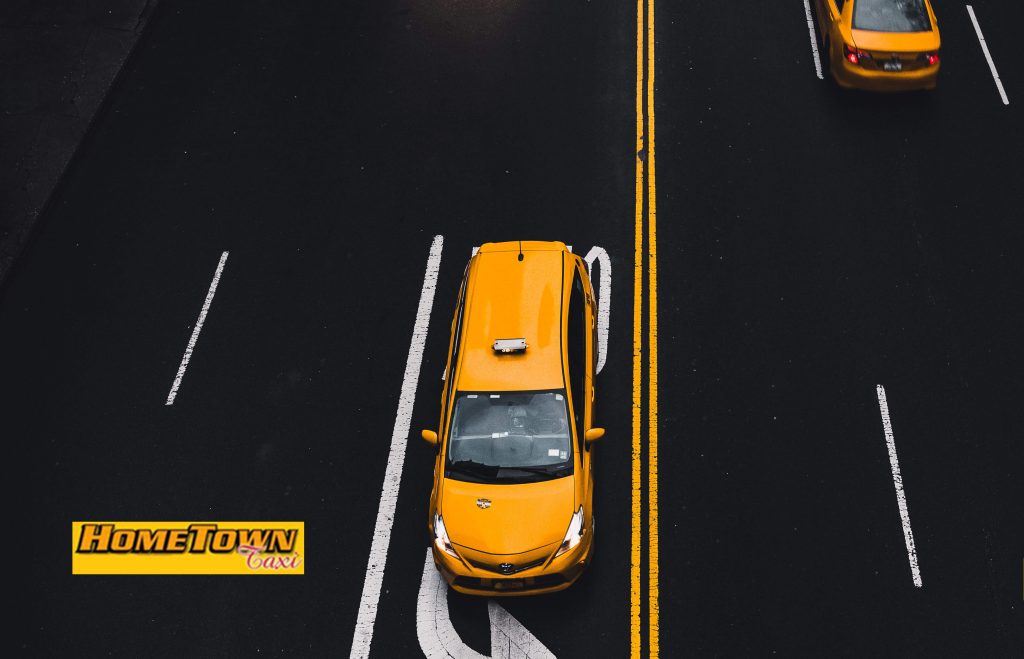 Current RoutingBox user, Bryan Daparma of Hometown Taxi located in Long Island has had great success in scaling his NEMT business. He has been using RoutingBox software since 2016 and to him– that has made all the difference.

When Bryan was going through chemotherapy, he started to notice the real problem with NEMT. “When I’d leave chemo with my wife,” he said, “I’d see the same people waiting outside for their ride home as I saw on my way in over an hour earlier.”  The thought of having just gone through chemo and then having to wait over an hour to go home shook him to his core. Now, Bryan was going into work with a new mindset. He started asking more honest questions about how transportation, and NEMT specifically, is run. He learned that dispatching for NEMT operated on a “first come, first serve” basis. “What do you mean we just pick everyone up in the order they call?” Bryan asked in disbelief. He knew they could do better at Hometown Taxi. Doing better became his mission.

In 2016, when Bryan had just begun trying to bring about real industry change at Hometown Taxi, he was doing pretty much everything by hand with pen and paper. They had a variety of phones, radios, and in-car GPS systems, but something was always falling short. Again, he knew they could do better. Bryan, being the kind of person who is open to trying any and all new solutions, made sure his team knew that they could go to him with their ideas. Team members would come by his office and recommend a solution they had heard about one way or another and Bryan, true to his word, would try all of them.

Four or five dispatching solutions in, it became obvious to Bryan that none of these applications had been created by people who understood the transportation industry from a driver’s standpoint. Needless to say, when RoutingBox came to Hometown Taxi, Bryan was cautiously ready to give it a try. He had low expectations but, nevertheless, he agreed to try the basic version of RoutingBox. Immediately, he felt the impact. They were better organized which meant more trips were being completed, which in turn kept customers happy and calling into Hometown Taxi rather than their competitors. He approximated that it only took 30-45 days for him to completely buy into RoutingBox. Since upgrading his RoutingBox, Bryan has been able to triple his revenue.

To him, while his revenue growth may be impressive, it’s the fact that his overhead only doubled when his revenue tripled that has truly made the difference. “RoutingBox allows us to have minimal overhead and office staff, which lets us pay our drivers better and even give them vacation time – something totally unheard of in this industry!” Bryan said.

When Bryan began his mission to improve NEMT, he knew he’d eventually need to invest in a worthwhile technology that would help him to achieve the industry-altering goal he’d set for himself. His “give everything a try” nature meant he would end up investing in multiple technologies – most of which fell just short. “Everything else I tried was good, but nothing was great until I got RoutingBox.”

Bryan’s story means so much to us, here at RoutingBox. While, of course, we are proud to have helped Hometown Taxi’s revenue triple since 2016, it is truly Bryan’s mission that makes our work so worthwhile. We do not take lightly the mission he is on to improve NEMT; in fact, we are on the very same mission. NEMT can be better, and we are proud to be working diligently on being an integral part of that change.

As you enter this new decade, with lofty goals in mind, ask more honest questions, be as open to solutions as our friend Bryan Daparma, and be willing to put in the hard work required to reach your goals. Slow progress is still progress, a mission that fills you with passion is enough to get you started and a great partner in technology will make all the difference.

Written by: Becca Fields-Poniskaitis, Marketing Strategist at BiTS, the creator of RoutingBox. Article originally published in NEMT Today on behalf of RoutingBox.

Ready for a Test Drive?

From the beginning, RoutingBox has remained committed to removing barriers for transportation companies attempting to provide access to healthcare and community services. Now, we want to help you.